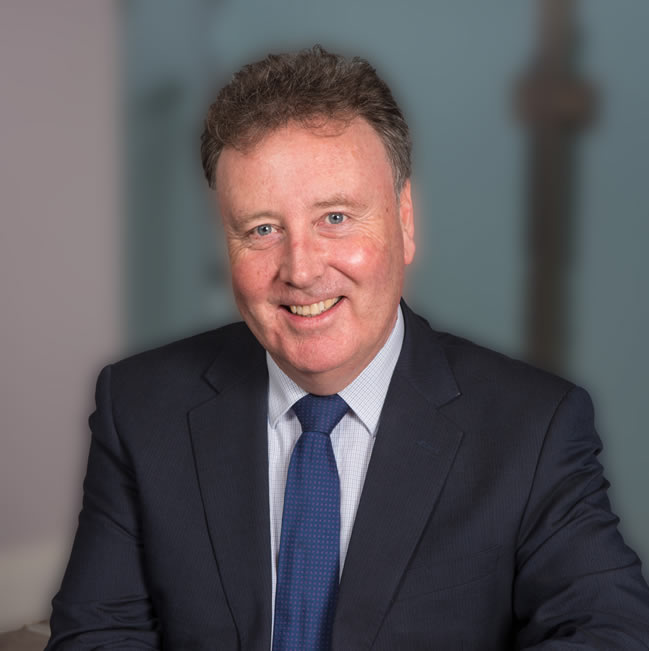 Simon has been a high profile solicitor in Cork City for over 30 years, developing extensive experience in Commercial Law, Civil and Commercial Litigation, Residential and Commercial Property Transactions and Professional Regulation.

He is a qualified Arbitrator and Mediator also and is currently a member of the Law Society Arbitration and Mediation Panels and a member of the Chartered Institute of Arbitrators. He is also a Centre of Effective Dispute Resolution [CEDR] Accredited Mediator. His regulatory experience is second to none and since 2006 he has also chaired the Veterinary Council of Ireland Fitness to Practice Committee and acts as a Legal Assessor for other professions in their regulatory processes.

In his free time Simon is a follower of all sports and, when he does get the chance, particularly enjoys playing golf.

He was admitted to the Roll of Solicitors in 1984.

This website uses cookies to improve your experience while you navigate through the website. Out of these, the cookies that are categorized as necessary are stored on your browser as they are essential for the working of basic functionalities of the website. We also use third-party cookies that help us analyze and understand how you use this website. These cookies will be stored in your browser only with your consent. You also have the option to opt-out of these cookies. But opting out of some of these cookies may affect your browsing experience.
Necessary Always Enabled

Any cookies that may not be particularly necessary for the website to function and is used specifically to collect user personal data via analytics, ads, other embedded contents are termed as non-necessary cookies. It is mandatory to procure user consent prior to running these cookies on your website.